Coca Cola is running ads that will appear on buses and signs featuring a gay couple and their adopted child.

The ad shows a picture of two men holding a baby, playing with crayons. A bottle of Coca Cola is next to them.

Over their heads reads, "We choose happiness ~over~ tradition. -the Van Bergen family." In the bottom right corner it reads, "#choosehappiness:" 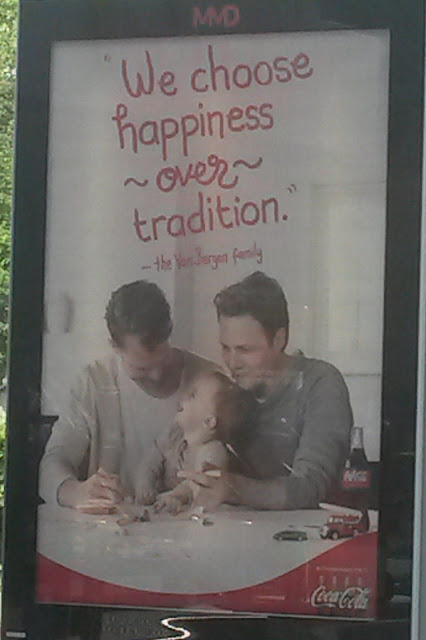 The ad implies that, though their family is not "traditional," the Van Bergens are happy. They also drink Coke: 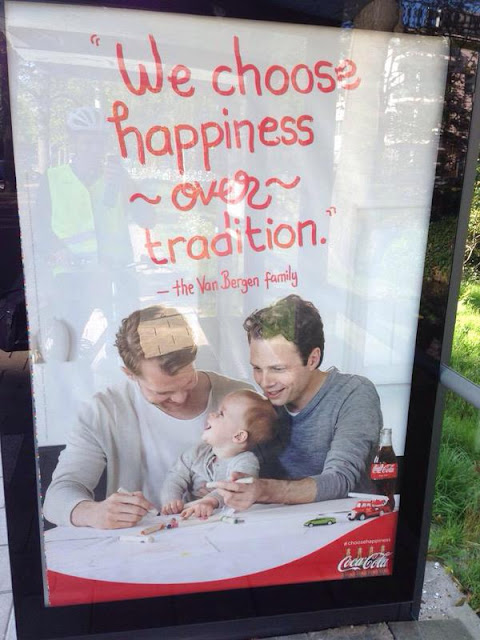