On the Ground Coverage: Graham, McCain at NH Event: "We Will Defeat Radical Islam" 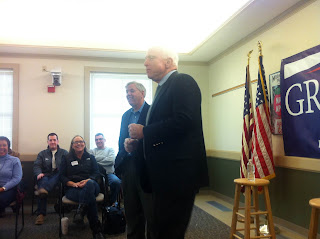 "As long as ISIL holds Raqqa, they can launch attacks," said Senator Graham. 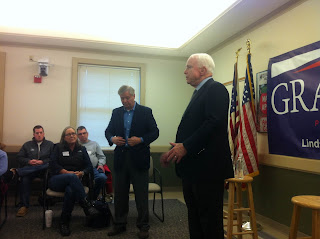 McCain thanked the crowd for New Hampshire's support, saying he had friends in the state "for a long time."

Several in the group had questions about foreign policy and the VA. Graham and McCain stated they wanted a national VA card so that any vet that lived more than 40 miles from a VA hospital could get care anywhere. One audience member asked Graham if the US should take Iraq's oil to pay for future conflicts in the region. Graham stated that it would inflame the Middle East against the United States.