Taco Bell is being accused of promoting "rape culture" by Twitter, Instagram, and Tumblr users because of their sauce packets.

The sauce packets at Taco Bell have included messages for years, including phrases such as, "Will you marry me?" However, other phrases, such as "You know you want me," are raising the eyebrows of some social media users.

While most people assumed that the sauce packet is referring to the sauce itself, a number of people are accusing the fast food chain of perpetrating "rape culture."

Here are just a few examples: 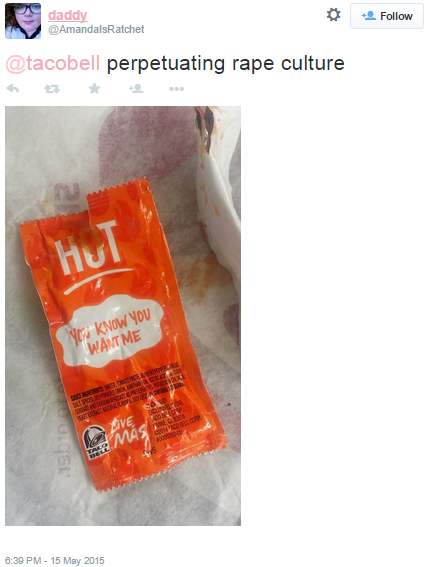 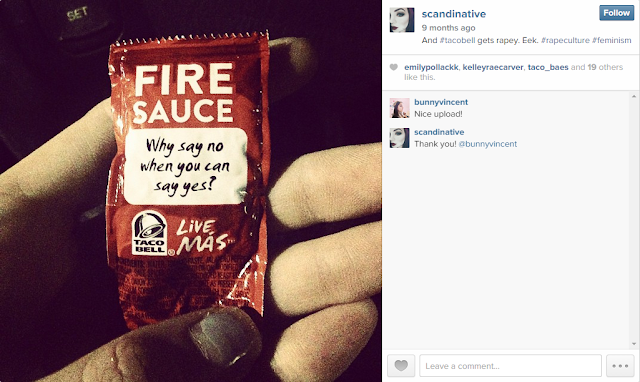 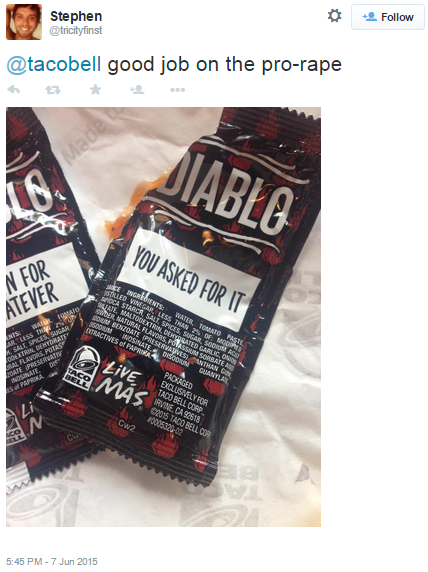 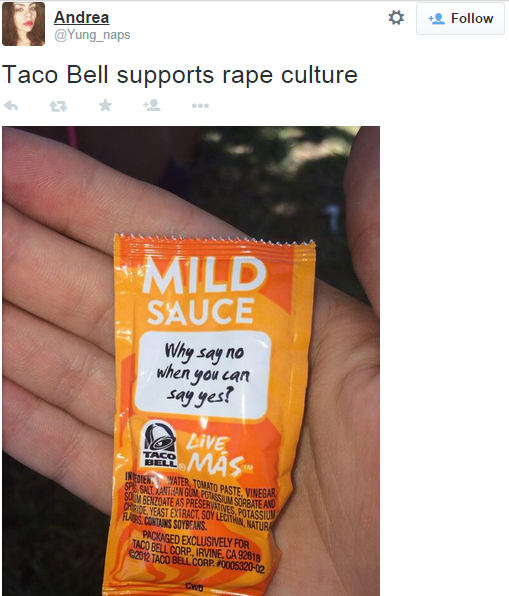 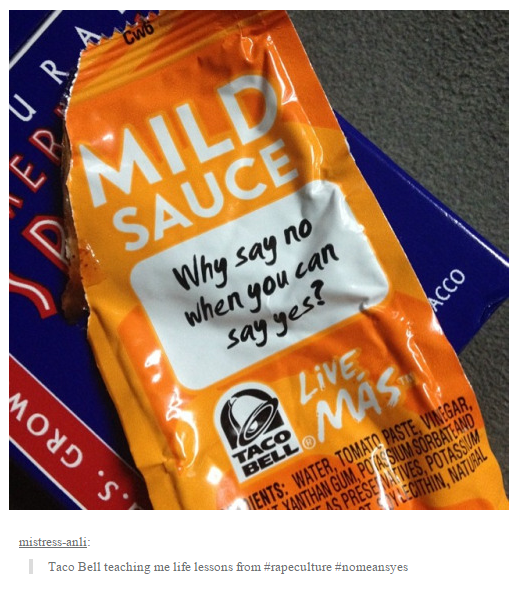 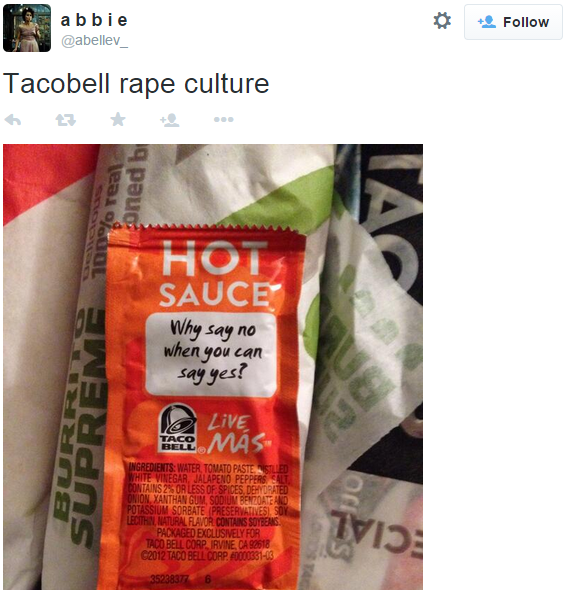 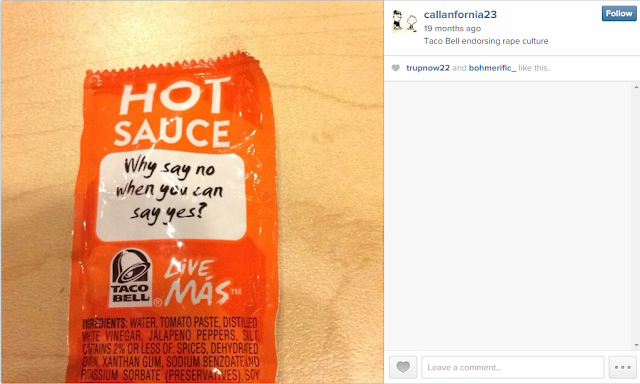 This is not the first time that Taco Bell has been accused of promoting rape culture with its packets. Over a year ago, a petition called, "Stop distributing hot sauce packets that invalidate the importance of consent" was created in hopes of ending the messages.

The petition read, "a recent packet with the saying "Why say no when you can say yes?" has not won over our favor. Regardless of the fact that this message is implied towards eating another Taco Bell product, not recognizing the overall importance of consent invalidates an individual's right to say no to any situation or person."

It then demanded, "Taco Bell to please halt continuation of creating and distributing hot sauce packet messages that contribute to rape culture in order to prevent triggering survivors of violence where this phrased may have been used and to prevent youth to subconsciously develop this mindset that someone else has the right to control their personal choices."

It only received 19 signatures.
Posted by Aurelius