Feminists on social media have started a campaign called "give your money to women," or "Giveyourmoneytowomen" on Twitter.

The point of the campaign is that, according to its creators, men benefit from numerous privileges, including the patriarchy and earning more money than females. For that reason, men should literally give money to women for no other reason than that they are female.

Here are just some of the tweets being bandied about on social media: 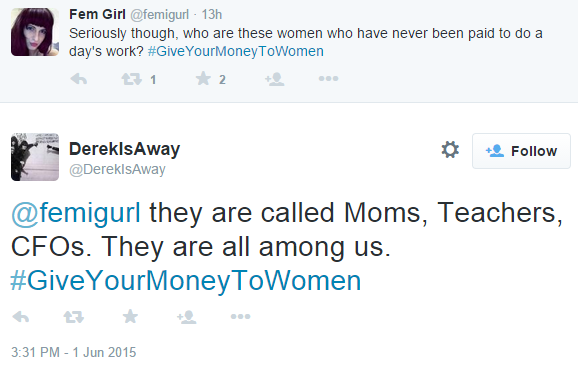 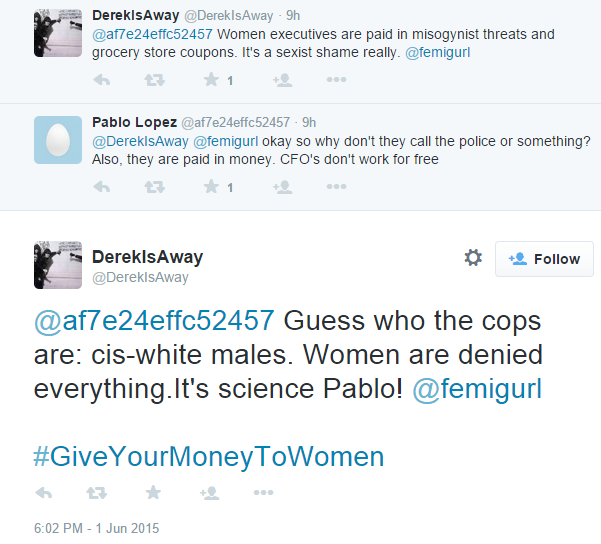