The owner of a Chinese restaurant is being accused of racism and perpetrating a hate crime after naming his restaurant "Chop Chop Chinaman." He has been forced to close his store because of the bad press.

The restaurant, located at 3343 N Halsted St. in Chicago, opened late last year. Since then, its name has gotten it unwanted attention. The eatery's Yelp page has been bombarded with bad reviews, many of which do not even reference the food therein, but instead criticize its name: 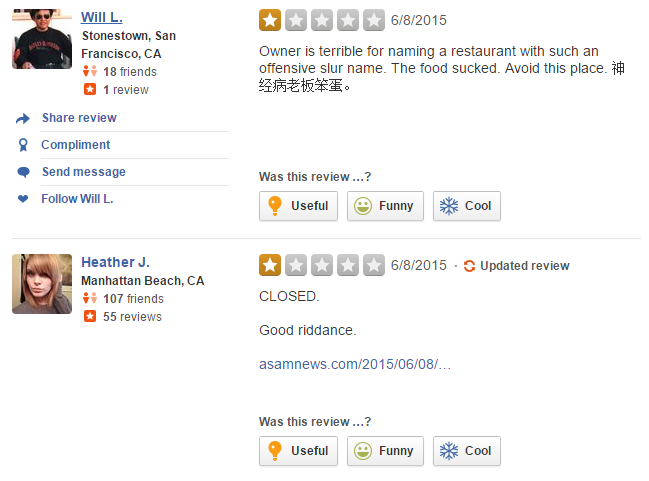 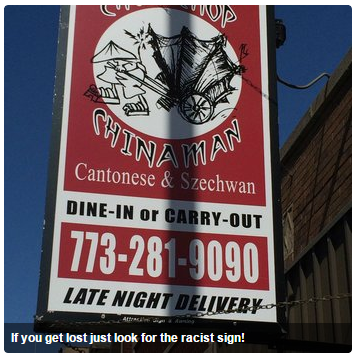 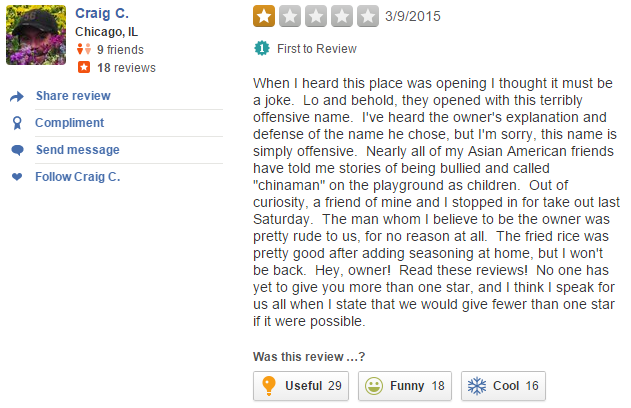 There were also a number of users who wrote that the food and service was bad, but almost always referenced the name of the store.

In March, the restaurant was vandalized by a woman who wrote, "Fuck this hate crime shit. It's 2015" in lipstick on one of the store's windows:
The store has now closed.
Posted by Aurelius