Emails Show Reporter Grabbed Hillary Clinton's Knee, Asked if she can "Ride in Her Lap to the White House"

Among other information revealed today from previously secret emails involving Hillary Clinton, one of the oddest facts was that Wall Street Journal reporter Monica Langley asked Ms. Clinton what she dreams about and if she could "ride" in her lap.

The email was sent by Caroline Adler, who worked on Ms. Clinton's staff. In it, she describes an extremely weird beginning to an interview between Ms. Langley and Secretary Clinton.

Ms. Adler writes that Langley got uncomfortably close to Clinton, and, midway through the interview, grabbed her knee, and asked her what she dreams about.

She then leaned in and asked, "Hill, can I ride in your lap to the White House?"

You can read the email below: 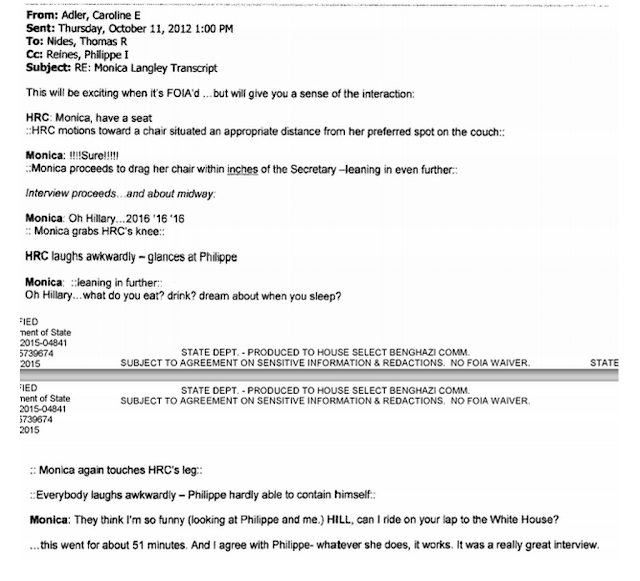 The email was sent on October 11, 2012. Adler was clearly aware how strange the interaction was, as she began her email ironically, "This will be exciting when it's FOIA'd."