In an article titled, Osama bin Laden was a 9/11 Truther, Watson tries to make the case that the man behind the most deadly attack on US soil since World War II was actually trying to find out the "real" facts.

"Why would Bin Laden be interested in books about 9/11 conspiracy theories if he had masterminded the attack?" asks Watson, somehow not realizing that someone who carried out massive terrorist attacks might be interested to see how people reported and reacted to the event.

"It seems somewhat odd that Bin Laden would have a fascination with 9/11 conspiracy books which dispute the official narrative that he had masterminded the attack. If this was the case, the books would be nonsense and of no interested to the Al-Qaeda leader," he writes, without irony. 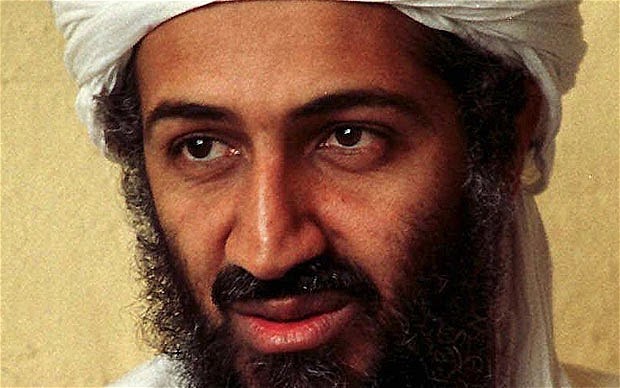 Mr. Watson does offer another "theory," however, saying that the government could have made up the list of books that were found in bin Laden's compound.

"The other possibility is of course that the entire list has been completely fabricated, which is not an outlandish claim given huge suspicions surrounding the authenticity of the 2011 Bin Laden raid itself," he proposes.

He asks his readers, "Has the list been concocted to smear “conspiracy theorists” as terrorist sympathizers? Or does it make sense that Bin Laden would be a ‘9/11 truther’?"

Apparently those are the only two possible choices.
Posted by Aurelius