Canadian police are on the hunt for Susan Bibeau, mother of Michael Bibeau, the Ottawa shooter. She is the Deputy Chairperson of the Canadian Immigration Division. She has had a role reviewing cases of refugees seeking asylum:

Over the years, Ms. Bibeau has taken on various positions at the IRB. She was a program policy advisor in the Operations Branch, a position that required her to write policies for the Board. Then, she became acting head of the Strategic Planning and Partnerships Directorate. Next, she obtained a position as an advisor on national initiatives within the Refugee Protection Division (RPD), where she coordinated the implementation of new RPD initiatives, including the initiative on change management.

Her profile says that she has a Bachelor of Law degree from the University of Montreal and a Master of Business Administration (MBA) from Concordia University.

Her office was under investigation for shady hiring practices. 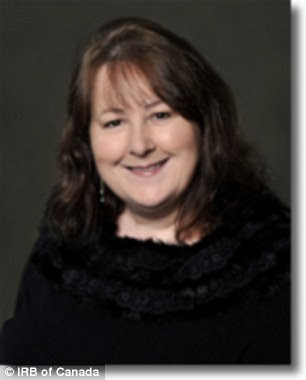