No word on the charges yet.


New England Patriots tight end Aaron Hernandez was taken into police custody Wednesday, a week after his friend's body was found about a mile away from his home.

ESPN reports that Hernandez was taken away in handcuffs, and it is believed he will be charged with obstruction of justice.

Law enforcement officers were seen wearing wetsuits while searching near both Hernandez' home and the industrial park where Odin Lloyd's body was found.

Lloyd, a 27-year-old semi-pro football player for the Boston Bandits, was found slain June 17. His relatives said he was dating the sister of Hernandez' fiancee, that the two men were friends and that both men were out together on the last night of Lloyd's life.

The arrest warrant was prepared last week after police discovered that the security system at Hernandez' home, along with his cellphone, were destroyed, sources told ABC News. 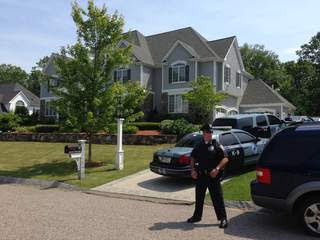