That is the only description for the two men who fatally stabbed a British army cadet, dragged his body into the public square - seeking attention and publicity - and then minutes later were shot by the police, leaving a nation with too many unexplained answers for this absolutely horrifying terrorist attack. 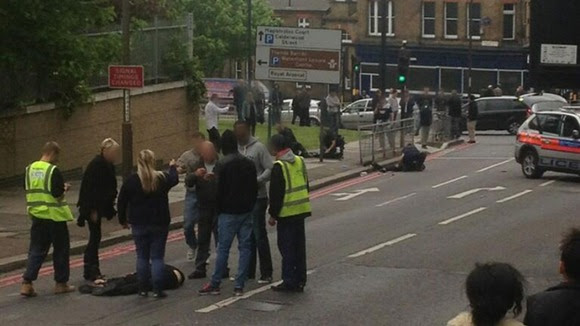 Prime Minister Cameron was shocked by the event and cancelled a planned overnight stay in neighboring France to meet with security officials in England, as they have the difficult task of figuring out why exactly murdering a plain-clothed soldier and parading his body in public seemed like a good idea to the two men responsible.

It really makes no sense and is rather heinous.

What say you?
Posted by Editor