Thank goodness the President got that Noble Peace Prize!

This excerpt from Hot Air and DOJ document, respectively. You can find the entire Department of Justice document here:


Four American citizens, most famously Anwar al-Awlaki, have been summarily liquidated from the air by the Civil Liberties President. Awlaki, incidentally, is the only one who was deliberately targeted. The other three are collateral damage, and you’re probably familiar with two of them. One was Awlaki’s teenaged son, who was killed a few weeks after his father while in the company of another jihadi suspect in Yemen. The other is Samir Khan, one of Awlaki’s disciples in propaganda and allegedly the editor of Inspire, Al Qaeda’s “magazine.” Khan, to my knowledge, was never accused of planning an attack, although he made it a lot easier for degenerates like the Tsarnaevs to kill people by publishing bombmaking instructions. He was killed in the same strike that killed Awlaki.


While rumors of [Jude Kenan] Mohammed’s death had appeared in local news reports in Raleigh, N.C., where he lived, his death had not been confirmed by the United States government until Wednesday.

According to former acquaintances of Mr. Mohammed in North Carolina, he appears to have been killed in a November 2011 drone strike in South Waziristan, in Pakistan’s tribal area. Mr. Mohammed’s wife, whom he had met and married in Pakistan, subsequently called his mother in North Carolina to tell her of his death, the friends say. 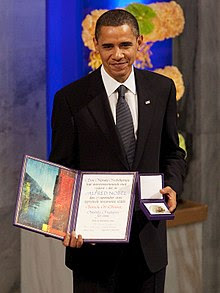