Emma Sulkowicz, also known as "Mattress Girl," carried around a mattress at Columbia University saying she was sexually assaulted. The problem with that is Ms. Sulkowicz had no evidence and the man that she accused was not arrested or charged because of "lack of evidence" and "lack of reasonable suspicion."

Even Sulkowicz herself admitted the college found no evidence to back up her claims, stating, "The University closed the case in November of my junior year saying he is not responsible for any... rapes."

And on top of that, Sulkowicz decided not to pursue charges.

Since then, the person she accused has launched a lawsuit against Columbia for destroying his life. Sulkowicz's accusations caused "John Doe" to be labeled a rapist and lead to him being harassed on and off of campus. The accused is suing the college for allowing Sulkowicz to propagate her falsehoods without any disciplinary actions.

The campus also indirectly funded Sulkowicz's campaign by not charging them costs associated with their protests against the accused.

To Ambassador Samantha Power, however, falsely accusing a man of rape is apparently a step on the road to "equality:" 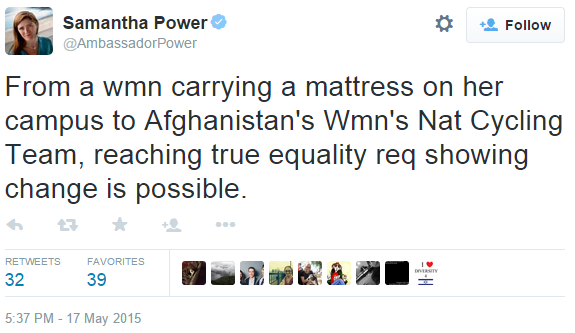 Yesterday, Ms. Sulkowicz graduated, still carrying around the mattress that made her famous: 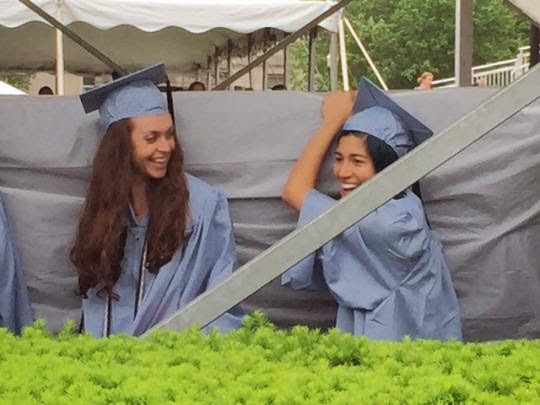