Word is still coming in on the attack on Nancy Pelosi's husband Paul Pelosi. We will update as we find out more:

.@SFPD identified the alleged attacker as 42-year-old David DePape. @CNN reached two of the man's relatives who told CNN he is estranged from his family. A review of his FB page shows he posted memes and conspiracy theories about Covid, the 2020 election, and the 1/6 attack.

More info from the SF Chronicle here.
A law enforcement source with knowledge of the investigation identified the suspect as David DePape, 42, possibly of Berkeley.

San Francisco Police Chief Bill Scott said when officers arrived before 3 a.m. Friday, they found an adult male and Paul Pelosi both holding a hammer. The assailant allegedly pulled the hammer from Pelosi and beat him with it, Scott said.
Depape was booked on suspicion of attempted homicide, assault with deadly weapon and elder abuse.

Information is coming in quickly. Here's what we have so far.

Information is coming in on the alleged attempted attacker Nicholas John Roske, who was arrested near Supreme Court Justice Brett Kavanaugh's house. He is allegedly from Simi Valley, CA and was a pest control office manager. According to online sources, he graduated from high school in 2014.

We will update as we find out more.

What is the 25th Amendment?

See the text of the Constitution below:

In case of the removal of the President from office or of his death or resignation, the Vice President shall become President.

Whenever there is a vacancy in the office of the Vice President, the President shall nominate a Vice President who shall take office upon confirmation by a majority vote of both Houses of Congress.

Investors watch the price of oil and oil stocks, such as OAS stock, very carefully. The United States has vastly ramped up its oil production to meet the needs of its people. Oil is used for a variety of things, primarily to power transportation and in industry activity. Typical oil is currently sitting in the $40 price range compared to before, when oil was much scarcer and came in at prime prices. Now the United States produces oil in amounts comparable to Saudi Arabia and the shale oil produced in Canada, but the country was not always capable of keeping up with its vast demand. The top five uses for oil in the United States are for transportation, industry, powerplants, and for both residential and commercial use.

Both industry and powerplant uses are among the most expansive uses for oil in the US today. Industrial uses of oil are varied, and oil goes in all sorts of industrial products. Agriculture is industrial work, and oil is used to make fertilizers and pesticides used in the work. In terms of heavy industry, oil is used to make all kinds of plastics and the rubber in tires. The industry makes up 26% of oil consumption in the United States. This makes industry the second most common use of oil in the country.

Powerplants make another vital use of oil. Oil powerplants are one of several ways oil is used to make power. Oil is also used in heating for all types of buildings, and there is oil in air conditioning systems. In the United States, electric power makes up less than 1% of oil consumption, but this still places it as the fifth most common use of oil in the country. Both industry and powerplants use oil in significant quantities, and they both use enough that they rank among the five most common uses of oil in the USA.

Residential and commercial uses of oil also pack a punch in terms of US oil usage. Residential uses for oil account for 3% of United States oil usage, which ranks it the third most common use of oil in the United States. Things like lubricants and waxes are produced for domestic use as part of oil’s purpose. These products make their way into things like candles and Vaseline. Businesses use oil to make some products that are sold commercially. Goods like ink are made with oil, and pharmaceuticals often use oil in the process of making them. Pill capsules and aspirin both contain oil. The USA uses 2% of its oil consumption commercially. Both the residential and commercial uses of oil apart from heat are substantial and rank as the third and fourth most common types of oil use in the United States. 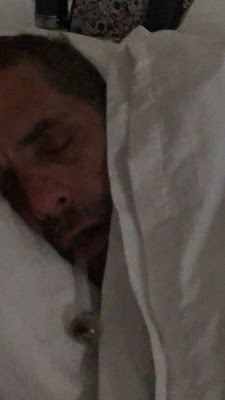 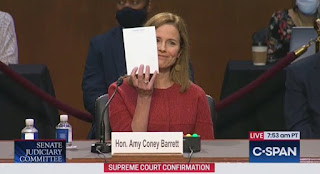 Which States Are Booming for Real Estate

Everybody knows real estate is a smart investment, but many are skeptical as to which market is the best and which markets are the worst to invest in right now. Those who know how to bird dog real estate in different states can give real estate agents even more information about what is available for buyers.

Lucky for you, this article is jam-packed with potent information that will help you understand which states are currently booming for real estate. From monetary policy, current interest rates, property values, and more, here are some factors to consider when thinking about buying or selling real estate in the following states:

California is always a solid choice for real estate. Known for having perfect weather nearly year-round, who wouldn't want to own a home in the west-coast paradise of California. Over the last twenty years, properties in California have increased their value by over one thousand percent. That's a win in real estate land! Properties increase in value in California because it consistently sees an inflow of people from all over the world wanting to live there. The only downfall here is this increases the cost of living as well. So while you may hit a home run in property value, you'll make up for the luck with higher prices every time you turn around.

Texas is a wonderful state to explore your real estate endeavors. In Texas, everything is bigger! Yes, including real estate. For the same amount of money in California, you can get much more in Texas. That is exactly why people move here but hardly ever move from here, willingly of course. Unlike California, prices in Texas make you feel at home (like you hardly have to pay for anything). We are not saying things in Texas are free, but they sure are cheaper than many other states in the country. Texas is also rich in land. In Texas, you can purchase acres of real estate like nowhere else in the world. The warm climate adds to the fruitfulness of its soil, so growing crops on land is almost easy.

Known for its popular culture and rich lifestyle, New York is a top hit for maximizing your investment portfolio. Property values in New York are some of the highest in the world and they keep on growing. Getting in right now is an arbitrage in the real estate game. With more and more people immigrating to the United States, New York is typically their first stop. This, like California, increases the price on standard goods; however, like California, you can really make some cash investing in a place in the state of New York.

This state is not a bad choice either. Ripe for oil, you might just find a property that makes you a gazillionaire, but chances are slim. This state could very well go in the opposite direction as more and more people are opting to discover new residence elsewhere.

Regardless of where you are looking to invest, right now is the time to do so. With a polarized election at the forefront of the market, there is much uncertainty as to what the real estate market is going to do. But right now, interest rates are at an all-time low. As a consequence of the pandemic, banks have begun to lend money at a remarkably low rate. This means you have to pay back less if you opt for a loan to invest with. Not a bad idea, considering the current affairs of our economy. Right now you can save thousands of dollars strictly in interest. That's a no-brainer to investors.

Moreover, prices, in general, are discounted on average ten percent across the country right now. So not only can you save money in interest rates from a bank loan, but you can buy a property at a discounted price right now because sellers are uncertain about whether they will ever sell their property, so they will choose to take a little over nothing. It is simple supply and demand. These are good things to keep in mind when considering your next real estate move. For more information, check out this article here.
Posted by Editor No comments:

How Did Trump Get Coronavirus?

Hope Hicks, who has been working so hard without even taking a small break, has just tested positive for Covid 19. Terrible! The First Lady and I are waiting for our test results. In the meantime, we will begin our quarantine process!