The Atlanta Federal Reserve Bank appears to be betting against the American economy. The branch believes that the national economic growth rate has fallen dramatically. Blaming the downgrade on issues such as harsh weather, the projected growth rate has been slashed several times already, now down to zero. 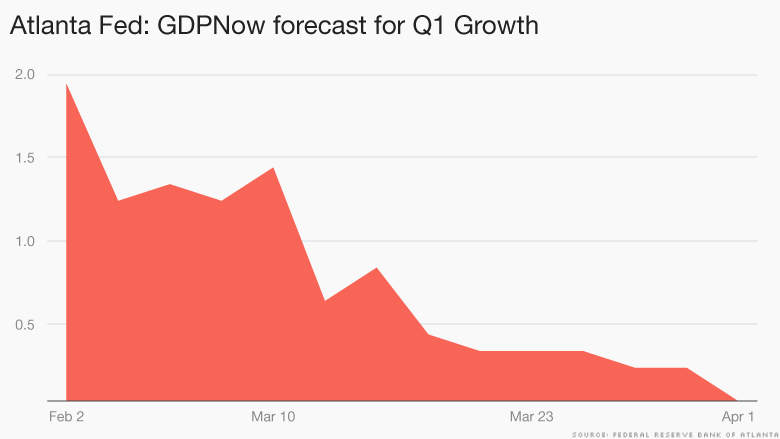 First quarter growth has slipped from an already anemic near 2.0% continually down. This comes as Americans have more money to spend from falling gas prices. Many factors are going into the decision, which mirrors similar moves during previous winters.

The Fed believes that much of the slowdown is due to the dramatic resurgence of the dollar, which has made exports more difficult.

But the greatest headwind appears to be the strong U.S. dollar. It makes American goods more expensive to people overseas, and is also problematic for U.S. companies trying to bring their profits from abroad back home. They lose money on the currency exchange.

The Fed appears ready to forecast increased growth in later quarters. It is unclear how the slow first quarter will affect later in the year.
Posted by Pundit