What are these 'actions' they promise? Your guess is as good as mine.

From the New York Times:


Secretary of State John Kerry said Monday that the use of chemical weapons in attacks on civilians in Syria last week was undeniable and that the Obama administration would hold the Syrian government accountable for what he called a “moral obscenity” that had shocked the world’s conscience.

In some of the most strident language used yet by the administration, Mr. Kerry accused the Syrian government of cynically seeking to cover up the use of the weapons and he rejected its denial of responsibility for what he called a “cowardly crime.”

Mr. Kerry’s remarks, in a prepared statement he read at the State Department, reinforced the administration’s toughening stance on the Syria conflict, which is now well into its third year, and he suggested the White House was moving closer to a military response in consultation with America’s allies.

“The indiscriminate slaughter of civilians, the killing of women and children and innocent bystanders by chemical weapons is a moral obscenity,” Mr. Kerry said.

“By any standard, it is inexcusable,” he said. “And despite the excuses and equivocations that some have manufactured, it is undeniable.” 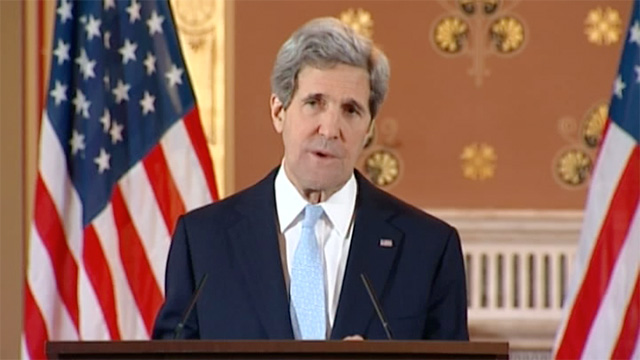