The Westboro Baptist Church regularly pickets at the funerals of children, returning vets, and even tried to protest the people who lost their lives in the Boston Bombings.

Their disgusting actions, however, are not always without irony. In an ad released on July 14th, the group claimed that American soldiers are being killed by God because gay marriage has been allowed to continued in the United States.

They also wondered if all Americans were "illerate." Yes, not "illiterate," but "illerate:" 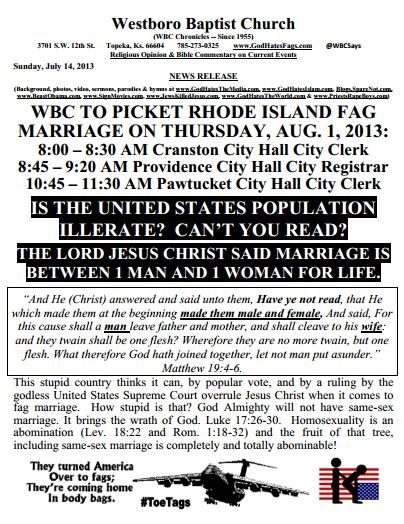 Well then... I think this explains a lot about them.

H/T This NY
Posted by Aurelius