To say that the Daily Kos, Democratic Underground, and other progressive sites have carried the water for Obama since he emerged on the national stage is a drastic understatement. They've covered up lies, downplayed scandals, accused Republicans of everything from rape to murder, and through it all declared Barack Obama as one of their greatest heroes.

It takes a lot to turn the opinions of blinded sheep like these. And while they have yet to awaken to who the President really is, the NSA scandal and the government's stance on Edward Snowden has started to make them hate the man they once considered "the chosen one."

A mere month ago threads such as, "Obama Masterfully Uses Code Pink Heckler To Make His Case That GITMO Must Be Closed" were the norm on Democratic Underground. Responses such as, "Have you had a chance to to watch the speech in full, it was excellent" made up the comment sections. Yet now, Obama's name brought up with Edward Snowden's elicits a much different reaction. Their hatred for George W. Bush unswayed, "DU" now compares their once beloved President to the bane of their existence. In the thread "Obama should treat Snowden the same way he treated Bush's torturers and Wall Street banksters," comments like this are common:


Obama basically said it was OK for the Powerful... to commit crimes with impunity...

Obama should be forced to eat his "Looking Forward, Not Backward" words. That was a stupid think for a lawyer to say and as President he is encouraging law breaking by the Powerful.

Elsewhere, threads like "The real problem Snowden revealed, and why Obama is especially dangerous" have DUers in a tizzy, angrily trying to bash Obama in the worst ways possible.


Early on I suspected obama was not what he seemed I posted my thoughts and got mightily chewed out..My question is being a constituonal scholar you know he knows how to get around it. I knew he was no real dem,however I kept that to myself. But to see how evil he is in subverting the constitution this way it's obvious he has no consoience.He is a fucking corporate sociopath.He might as well be worshipping leo strauss with the rest of them.

The response, in part, reads:


We're a long long long way from that now. Trusting any individual with the kind of power the US President gets these days is just stupid. The first step to reining those powers in could be this whole NSA controversy.

This amazing turn-around can also be seen at the Daily Kos, a progressive factory of tilted news. Much like the Democratic Underground, Daily Kos used to be in love with President Obama. They have always hated President Bush. Yet mention the name "Snowden," and their hatred shows. 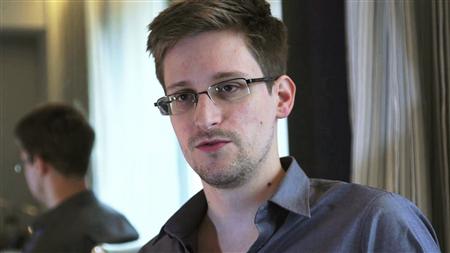 In an article that was written for their front page, "State Dept. Refuses to Comment on Snowden Passport Revocation to...WAIT FOR IT...Protect His Privacy," the Daily Kos blasts the State Department and President Obama's handling of Snowden.

"The Troubadour" explains the "enraging" actions of the President and his minions:


Seems rather appropriate, though, considering the U.S. government is charging Snowden with, of all things, spying after he revealed the NSA's massive, unconstitutional spying on U.S. citizens and people around the world.

Nope. No irony there.

It would all be so funny if it weren't deeply enraging.

One of the tags on the article even reads, "not the onion."

My question is, now that these liberal sites are blasting the President, does this make them all racist? Applying the logic they so often used on conservatives, the answer is yes.
Posted by Aurelius