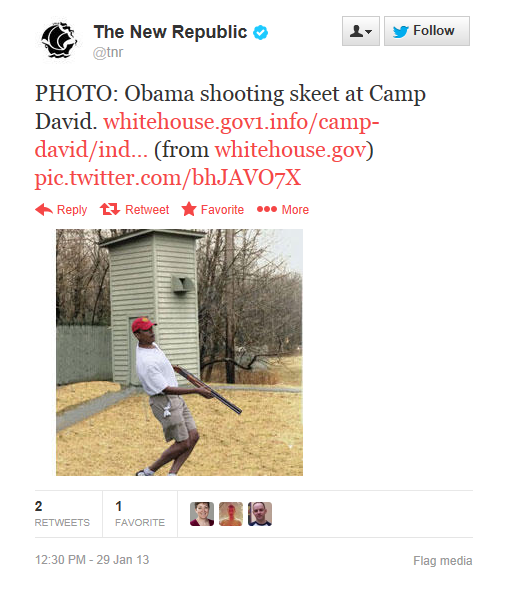 Here's a closer pic of the President: 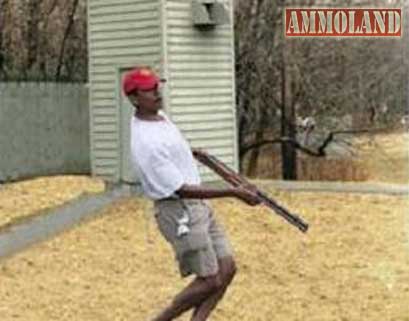 Despite the fact that it looks shoddily put together, my instant reaction was that it looked like the average "Obama admiring his golf shot" pose. And guess what: it is. Here's the original picture: 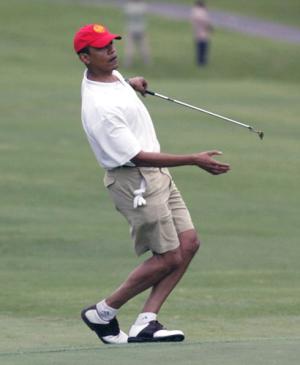