Watching the election season from home is often frustrating waiting for election day to come. When we have so many factors at play in a close race, political junkies find themselves constantly watching the polls and momentum, waiting for any pieces that can get you an insight on where the race is heading-- and who will become the leader of the free world.

This is where the gaming world can bridge the gap for you.

Take, President Forever 2012, which is the most realistic election simulator of this year's race. I've been fortunate enough to play through this game several times and get a feeling of how a national campaign works. You get to control various factors-- including choosing whether to run just the national campaign or the primary season followed by the general election. 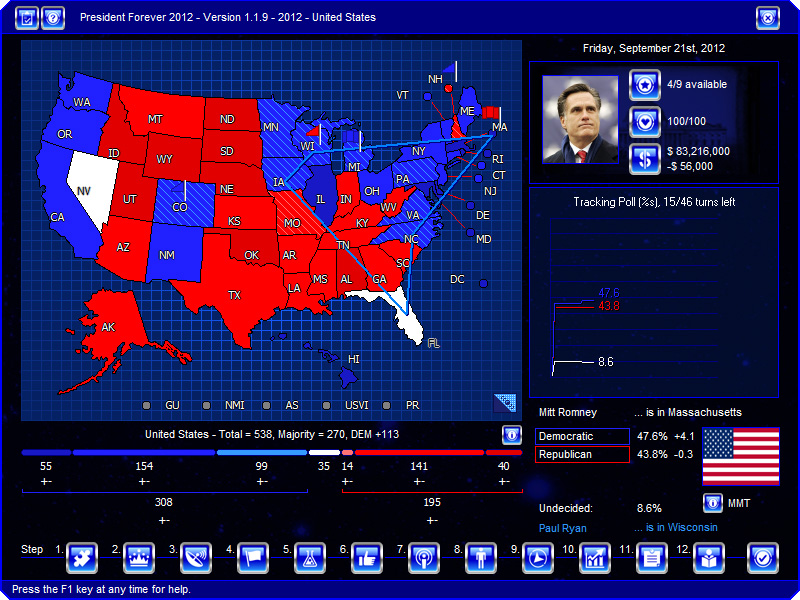 You set up a series of parts needed for a successful presidential run. You take on endorsements from important people and organizations, advertise, dig up dirt on your opponents and important issues-- all while traveling the 50 states and American territories. 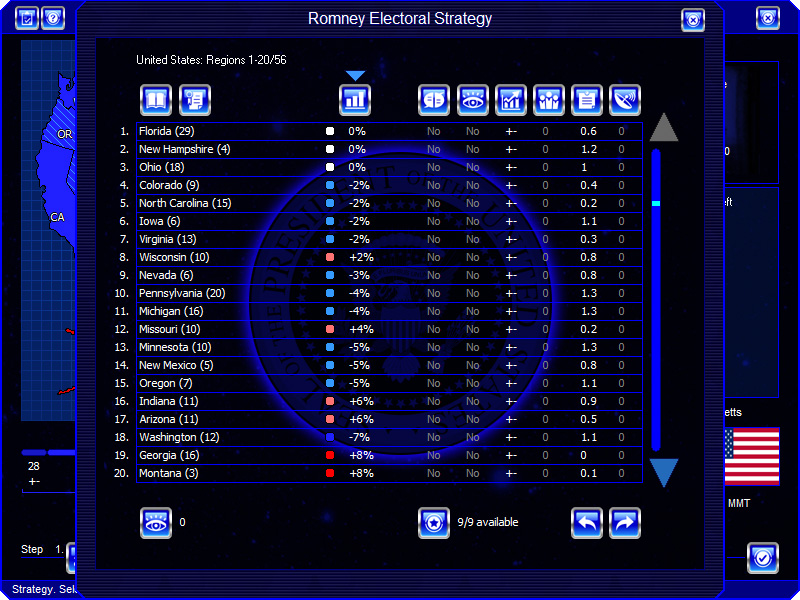 This game is a must-have for any political junkie. And it's not just for 2012 either. If you are feeling up to it, you can try the 2016 scenario to get a piece of the next four years!

The game is balanced with a lot of realistic pieces. It is also frequently updated and is ready to download.