Mitt Romney must have really been angry after last night's debate, because today his campaign released an attack ad which questioned Governor Rick Perry's intelligence, debate performances, and his ability to lead.  According to reports, it portrayed Mr. Perry as a "moron" and an "idiot in general."

And just as quick as it was put up, it vanished.  And now the only thing you get when you try to watch the video is this: 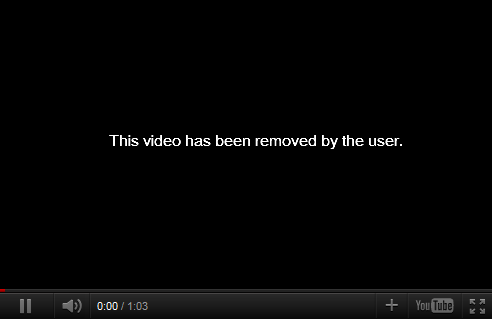 
Over at Hot Air they actually saw the video.  Here's how they describe it:


...[S]ome doofy facial expressions and looooong pauses mid-sentence during answers, it’s clear enough what lesson they want you to learn. It’s a symphony of Gump-ishness. Being a bad debater, while problematic in the general election, doesn’t disqualify you from being the nominee; being an idiot in general does. That’s the lesson.

Amazing.  Romney even flip-flops on commercials.