Liberals Create Video Game in Which Tea Partiers are Murdered

Sigh-  Big Journalism, the National Review, Fox News, and Pajamas Media all covered this... But even though we broke this story, Pundit Press has not received any credit from the biggest websites.  So, thank you Gateway Pundit, WCBM, Examiner, and Weasel Zippers for giving us credit!  Now, enough whining.  Here's the original article:

The party of civility is at it again.

Refusing to have a legitimate discussion on the merits of each side's economic ideology, the Left has just gone ahead and decided that Tea Partiers are zombies. And those zombies must die!

Thus is the premise of the online video game "Tea Party Zombies Must Die!"
Among those that the Left wants murdered are Brit Hume, Bill O'Reilly, and Sean Hannity: 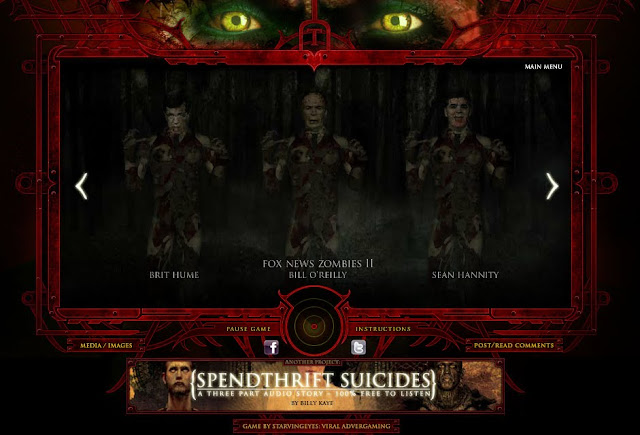 Along with Glenn Beck: 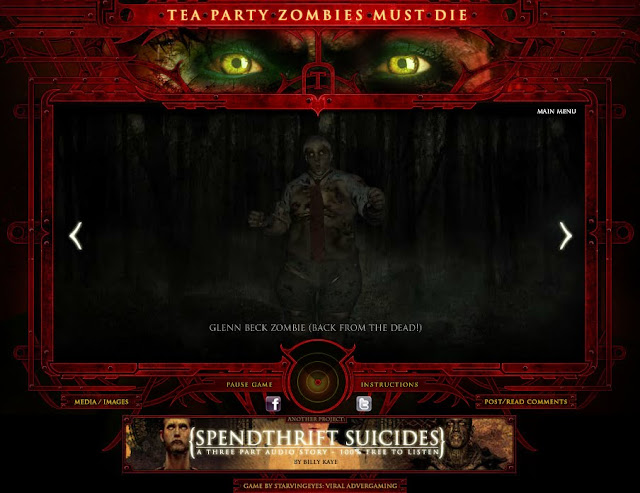 And, yes, I actually tried to play the game.  It was decidedly laggy and decidedly racist (there's a swastika visible within moments of starting your game).  I know I shouldn't expect anything better from liberals, but when you're going to make something this offensive,you could at least try to pretend you're making a point.