Sometimes when people on the Left talk about dog whistles, it seems far too forced. However, there are occasional times when you can see a clear subliminal message underlying the overt one.

In response, Markey has put out this very over the top (but perhaps fitting for the state) ad: 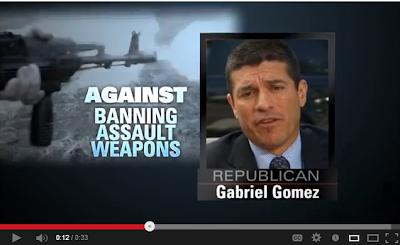 As if that's not bad enough, remember when the Left was in hysterics about this map that Sarah Palin's PAC put out:

Considering this was decried as some exhortation to violence, what would the above message show? Nothing to see here, folks.