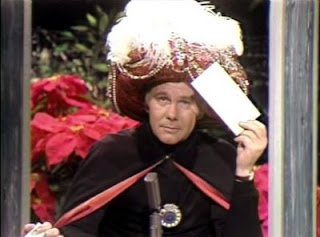 The Magnificent One (too easily confused at times with Carnac the Magnificent) apparently sacrificed a portion of his frugal, but well-earned, Martha’s Vineyard vacation to brainstorm with his assembled jobs experts on his new “Jobs Plan”. Then he nobly sacrificed the last several hours of his vacation to fly to the National Response Coordination Center, where he personally took charge of the national response coordination effort and enlightened the assembled government storm experts that getting through the storm was going to be a "tough slog." 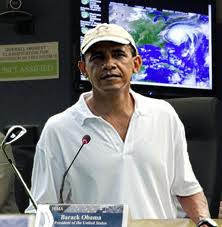 Next, pivoting back to “Jobs!”, the Magnificent One flew to Minnesota, where he delivered an important speech informing the nation that next week he would reveal his “Jobs Plan” in another speech. Modest to a fault, he did not reveal that certain key provisions of his “Jobs Plan” have already gone into effect:

1. His Justice Department, Fish and Wildlife Service, and other key agencies have opened up several thousand job opportunities for potential start-up guitar manufacturers in Memphis and Nashville by shutting down the notoriously lawless Gibson Guitar Corporation.

2. His Homeland Security Department, and several of its subsidiaries, have enacted, by administrative fiat, a program to issue work permits to, by their own estimate, “up to 300,000” illegal aliens (Oops! Illegal immigrants) already apprehended and facing deportation. Presumably this plan would also apply to “immigrants” apprehended in the future, thus making the actual number open-ended. This brilliant provision of the “Jobs Plan”, reminiscent of plans utilized by several failing European socialist countries, will permit potentially millions of poorly educated “immigrants” to legally compete for scarce to nonexistent jobs with the millions of Americans already unemployed, thereby helping the . . . ?!

3. Even more modestly, Carnac (Oops! Obama) did not seek credit for his earlier refusal to allow Americans to drill oil offshore, costing the U.S. Gulf region thousands of jobs, while at the same time guaranteeing billions of dollars in loans to Brazil to create Brazilian offshore drilling jobs. While visiting officials in Brazil he gushed that “…when you're ready to start selling, we want to be one of your best customers."

4. The really good news is that Americans, unemployed, underemployed, or otherwise, have only to wait an additional seven (7) days to hear the Magnificent One’s soaring rhetoric urging “Washington” to “put aside politics and start making decisions based on what is best for our country.” By all means, everyone mark your calendars.

* Obama Photo Credit Jeff Dobbs at THE VOICE IN MY HEAD.